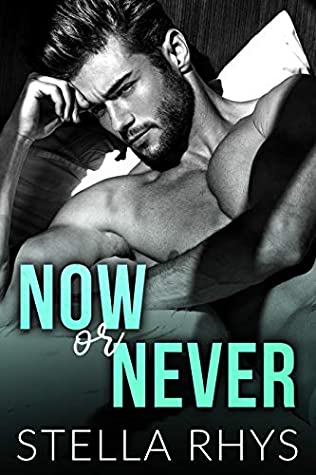 He’s ten years older. My brother’s best friend.
And for the next two weeks, he gets to have me in all the ways he’s ever wanted.

The last time I saw him, he still called me kiddo.

But fast-forward five years and more than a few things have changed.

Apparently, I’ve grown up in more ways than he can resist.

I’m going to hell for looking at her like this.

She’s too young for me. Too sweet and naive.

She has no idea what I would do to her.

But since the day she walked back in my life in that tight little dress, I’ve felt myself caving. I said I’d never in my life get involved with Holland Maxwell.

But since I’m already going to hell, I might as well make it worth it.

This was my first book by Stella Rhys and I was expecting to love it! I stalked the release for it and was so excited to get my hands on a brother’s best friend romance. I sadly found myself struggling through it.

Character wise, I really like Holland. She knew what she wanted and wasn’t afraid to go after it. She had a hard childhood but she didn’t let that define her. She came off relatable and wore her heart on her sleeve. Iain was just okay for me. I couldn’t tell if I liked him or not until halfway through the book. When it comes down to it, I don’t think he deserved Holland. But that’s just me. He was someone that I expected to love because he was such an alpha. However, he kept himself really guarded and made choices that had my so annoyed.

Besides Iain, I also felt like the book dragged towards the middle to the end. Goodreads has this book at 386 pages and it honestly felt like it was longer than that. There was so much thrown into this story that it felt so damn long! We are given both of their past issues and even some issues with Iain’s career. After reading for so long, I just wanted everything to be wrapped up.

I do have to say that the author knows how to write a steamy scene! The sex scenes between these two where H O T!

Overall, I liked the main character and while her and Iain did have chemistry the story dragged quite a bit for me.

10 thoughts on “Now or Never by Stella Rhys”