The day Jerusalem falls, Miriam Elmahdy knows her life is over. Houses are burning, the streets run red with blood, and a traitorous army is massacring every last resident. There is no surviving this, especially not once Miriam catches the eye of War himself. But when the massive and terrifying horseman corners Miriam, he calls her his wife, and instead of killing her, he takes her back to his camp.

Now Miriam faces a terrifying future, one where she watches her world burn town by town, and the one man responsible for it all is her seemingly indestructible “husband”. But there’s another side to him, one that’s gentle and loving and dead set on winning her over, and she might not be strong enough to resist.

However, if there’s one thing Miriam has learned, it’s that love and war cannot coexist. And so she must make the ultimate choice: surrender to War and watch humankind fall, or sacrifice everything and stop him.

Ratings of other books in series:
»Pestilence ⭐⭐⭐⭐

I am so damn disappointed after reading this book. After Pestilence, I was so ready to love it. Especially after so many people told me that it was better than Pestilence. I’m going to try and make this a review and not a rant because honestly friends, I WANT to rant about my disappointment.

What didn’t work for me:
↠Miriam
↠The length of the book

There is something about the way Thalassa has written the heroines in this series that rubs me the wrong way. They know that these men are the horsemen of the apocalypse, however, they choose to be intimate/love them but can’t fathom why they still choose to fulfill the mission that they were put on earth to do.

I don’t like that they want to change them. Yes, he’s a murder and more. That’s what he was sent on earth to do! I kept seeing reviews saying how War didn’t redeem himself. I don’t think he needed to. I know it makes for a happier ending that way, but I would have loved to see him stay true to the mission he was here to do. That would have been more real.

Just like Pestilence, my issues reside with the main character. I thought I didn’t like the heroine in book one, but I HATED Miriam. She was selfish and manipulative. There was never a time in this book where I believe that she had any more than lust towards War. She would not only use his feelings for her as manipulation for him to stop the killing, but she also used sex. She knew that she was his weakness and the way she exploited that made me so damn mad.

“You would have hurt me ?”
“It’s no less than you deserve.”
“No less than what I deserve? Is that what you think? You kiss me and fuck me and breathe my name like a prayer, but you believe I deserve death?”

Don’t get me wrong. War is not perfect at all. By any means. But he is a horseman of the apocalypse. What did you expect? Hearts and flowers? However, he tried for her. He never failed to tell her what she meant to him. He cherished her the best he knew how and he caved so many times when he shouldn’t have. Even after all the times she betrayed him, he didn’t leave or hurt her. How he didn’t kill her is beyond me.

I almost forgot, this book was too long! Why is this book almost 500 pages when it’s basically the same story as Pestilence? Exactly the same.

If you’ve read this far, you are amazing. You are probably wondering why I rated it two stars instead of one? Simple, War’s character. I don’t know if I will continue with this series. It’s hard when I have a feeling that Famine will be just like the two previous books. I’m hoping that we get a different turn of events than what we’ve gotten, but I have no faith in that.

✨This was a buddy read with the lovely Autumn over at Chapter Malliumpkin.

24 thoughts on “War (The Four Horsemen #2) by Laura Thalassa” 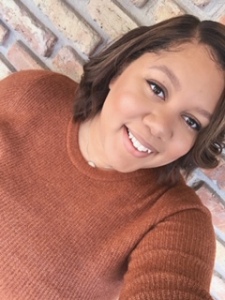 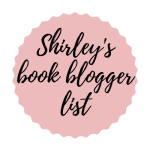 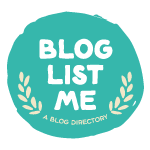