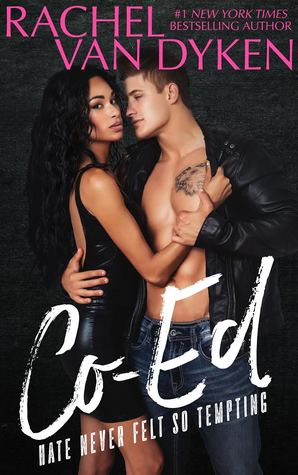 Four guys.
Constant moaning.
And a revolving door across the college suite I somehow ended up in because my first name is Shawn.
They don’t discriminate. Girls. Guys. Grandmas. Plants (okay maybe not plants) all walks of life stroll in stressed to the brim, and leave so satisfied I’m wondering what sort of talents lie behind that door.
My roommate calls them the pleasure ponies.
But the rest of the college campus?
They just call them the new face of Wingmen Inc. A paid for relationship service that makes big promises.
Breakup? They’ll glue you back together again.
Depressed? They have the magic pill.
Lonely? Just spend a few minutes while they rub you down and you’ll forget all about it.
And broken hearts? Well, that’s their specialty. They’ll fix you.
For a price…
I swore I wouldn’t get involved.
But apparently they like a challenge, and a girl who doesn’t put up with their BS is basically like waving a red flag in front of a bull.
They. All. Charged.
But one holds my attention above the rest.
Knox Tate looks like a Viking — and getting pillaged is starting to look more appealing by the day. Though he’s hiding something — all of them are. And the closer I get. The more I realize that some things are left better in the past.
You’ve read reverse harem books before — but you’ve never read one like this. It’s not what you think, or is it? Dive in and find out…
Knox, Leo, Finn, and Slater are waiting, and they aren’t patient men.
Welcome to the new face of Wingmen Inc — You’re welcome.

This might come off more than as a rant than a review but oh well. Y’all this was supposed to be a Reverse Harem, but I’m still trying to figure out how?

Just because you have a hot group of guys that are friends with one girl, but only one dates her doesn’t make it Reverse Harem! I hadn’t read an RH book in a while so I was excited when I came across this one, only to be really disappointed. If you are interested in reading a real RH, then try the Kit Davenport series by Tate James or Curse of the Gods series by Jane Washington and Jaymin Eve.

The story was okay but let me talk about the guys for a second. The jobs that they had were ridiculously unrealistic! These guys are in college with a business of giving women pleasure (without sex) in order to bring more people to their dating app. I’m sorry, what?

As far as the relationship goes it was good. I did enjoy Knox as a romantic interest even though I do think he had a fetish with Shawn’s skin color. Don’t get me wrong, I loved that the heroine was a woman of color, but it really seemed like the author was making Knox have a fetish for her skin color in the book. Maybe it’s just me.

I also did enjoy Leo and Finn. Those guys were hilarious and I would love to read about the shenanigans that they would get themselves into. They were the comedic relief here and I loved them.

While there were parts that I did like about this one, I still have to give it a low rating because it wasn’t a true reverse harem story. If it’s not a duck, doesn’t quack like a duck, then it isn’t a duck.